Mr Parijat Bhattacharjee is an experienced gynaecologist and fertility consultant based in London, whose areas of expertise include infertility, polycystic ovarian syndrome (PCOS), ovarian cysts, menstrual problems, endometriosis and the treatment of fibroids. He provides a one-stop service in fertility management. He believes all women are different and therefore need individualised care and management plans. He does not believe in time-bound consultations and attempts at giving the best medical care where the woman feels comfortable.

Mr Bhattacharjee holds a special interest in gynaecology ultrasound, early pregnancy problems including recurrent and late miscarriages, poor obstetric history and ectopic pregnancies. He holds one-stop gynaecology clinics, particularly for pelvic pain and irregular or heavy vaginal bleeding. He does an ultrasound scan during the initial consultation and provides a comprehensive treatment and follow up plan, which may include surgery if necessary. He has extensive training in advanced gynaecological surgery including laparoscopic & hysteroscopic surgery and is a trainer of the British Society of Gynaecological Endoscopists.

He has had extensive experience in all aspects of gynaecology from his specialist training in the UK, including at Royal London & St Bartholomew’s, Royal Free, University College London, St. George's and University of Leicester hospitals.

Outside of his clinical work, Mr Bhattacharjee is actively involved in voluntary work in countries that are poor and lack resources, to help reduce maternal and infant mortality and organises and provides training in gynaecology ultrasound and gynaecological surgery. 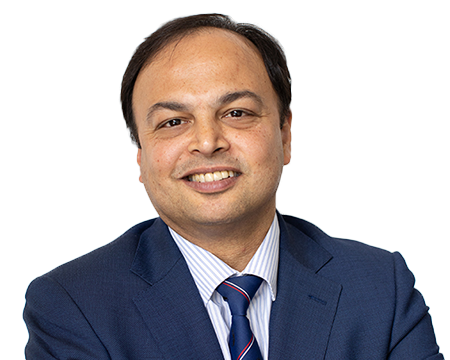 What are the different types of menstrual disorders? Disorders of cycle length: ...

What is endometriosis? Endometriosis is a painful disorder where tissue that usually lines the womb (endometrium) is found outside of the uteru...

What are fibroids? Fibroids are benign growths (non-cancerous) found in and around the uterus and ...

What are ovarian cysts? A cyst...

What is infertility? Infertility is the inability of a couple to become pregnant through natural means. Infertility affects the couple, both th...

Dr Bhattacharjee dealt with my suspected cancer with expertise and sensitivity. He ensured referral for further tests was swift. His care was excellent.

Dr Parijat is very kind and he is the best consultant I've ever met. He listens to you patiently and clearly explains all the options you have.

I found Mr Bhattacharjee to be very considerate and kind. He arranged for my cancer to be treated quickly and the care I have received has been excellent.

Excellent bedside manner, incredibly thorough in assessment and diagnosis and showed real empathy to our situation. Would highly recommend

Dr Parijat Bhattacharjee is very professianal, highly talented and precise and I am happy to recommend him.

Mr Bhattacharjee comes highly recommend. He has vast knowledge in his medical field and did an excellent job with my prognosis and my subsequent treatment.

Mr Bhattacharjee is a fantastic doctor. He has treated me with respect and kindness. I would defenetley recommend him.

Great professional, very reassuring, I feel very lucky for having meet him . I was very worry but he was very supportive and resolved my problem in no time.

A doctor who goes the extra mile to make you feel at ease. Having mr Bhattacharjee treat me I felt lucky to have such a professional individual who really cares

Much appreciated the care, guidance and treatment provided. Always respond to any queries with great explanations.

Thoroughly professional, kind and humble. He has a wealth of knowledge and I felt confident in his opinion and views. I wish him all the best.

He is very co-operative and efficient in his area.He is always helpful and caring for his patients

I would highly recommend Me Bhattacharjee. He is very knowledgeable, has an excellent bedside manner, is happy to answer all your questions and provide reassurance. You couldn’t be in better hands!

Dr Bhattacharjee, very professional, passionate and knowledgeable in the gynaecology field. Gave practical advice and guidance to correct treatment. Great personality fantastic doctor! Anyone with any gynaecology issues must see him!

Dr.Bhattarcharjee is honestly the best doctor I've ever had. He explains everything and makes sure you get the right treatments as soon as possible. He would do his best to find out the cause of the illness. He's calm, professional and very kind

Such a wonderful experience, really professional and super helpful! Everything is explained so that it is fully understood and questions at any stage before or after he is there to help, honestly 10/10

Dr. Parijat is a very experienced doctor and very amicable in nature. He listens to patient's concerns and explains the root cause elaborately. He also makes the patient feel at ease.

Wonderful doctor! Made me feel extremely comfortable I would highly recommend him

Dr Bhattacharjee is extremely understanding and is excellent with planning and moving forward with the best level of care. Great patient and Dr relationship

My appointments are always very informative. Dr bhattacharjee takes the time to answer all my questions in full. He explains everything in a friendly and compassionate manner. The appointments are never rushed. I come away feeling confident and happy.

The service has been very good and I would not hesitate to recommend Mr Parijat Bhattacharjee.

I was treated with utmost sympathy and professionaism. All my questions were answered and explained in detail. I am extremely satisfied by the treatment offered to me and would highly recommend to consult Dr Bhatacharjee as a Gynecolgist.

Best bedside manner, made me feel extremely comfortable and relaxed. Always on time!

Excellent bed side manner and through explanation. I felt very cared for indeed.

Dr. Bhattacharjee has been excellent with his diagnosis and he was very patient and understanding . He gave me ample time to explain myself and treat me accordingly . I would definitely recommend him to anyone who needs to see a gynaecologist .

My journey has been a long but well worth it. As a referral patient in my type of employment it was important have a swift resolution but due to the pandemic it took slightly longer but soon as an opportunity arose I was contacted and I have no regrets!

We are very satisfied with the way Dr Bhattacharjee explained each n every option n treatment given by him. He is very detailed & skilful. I trust him as one of the best Gynae I have seen in London.

Mr Battacharjee is kind, professional, warm and friendly and provided me with excellent service. I went to see him n acute pain and feeling really low and was able to resolve my issue and completely made me feel 100% better. I completely recommend him.

My experience with doctor Bhattacharjee has been excellent and beyond my expectations.

Dr.Parijat Bhattacharjee did a great job and the services I receieved was good. I would recommend any of my family and friends.

Mr Bhattacharjee made me feel at ease throughout the whole consultation and procedure informing me of everything that was happening and going to happen.

We have never had one word apart from praise for mr Bhatercharjee. He is so considerate and kind. We have recommended him to many friends as he is so outstanding.

Mr Bhattacharjee is very patient, he takes time to listen and explains things clearly. He genuinely cares for his patients health and acts in their best interest. I would highly recommend him.

Dr Bhattachareejee is absolutely brilliant!! We couldn't have asked for better care following my treatment plan. He has so much knowledge to help patients and he always re assures us of our choices and options. Brilliant experience! 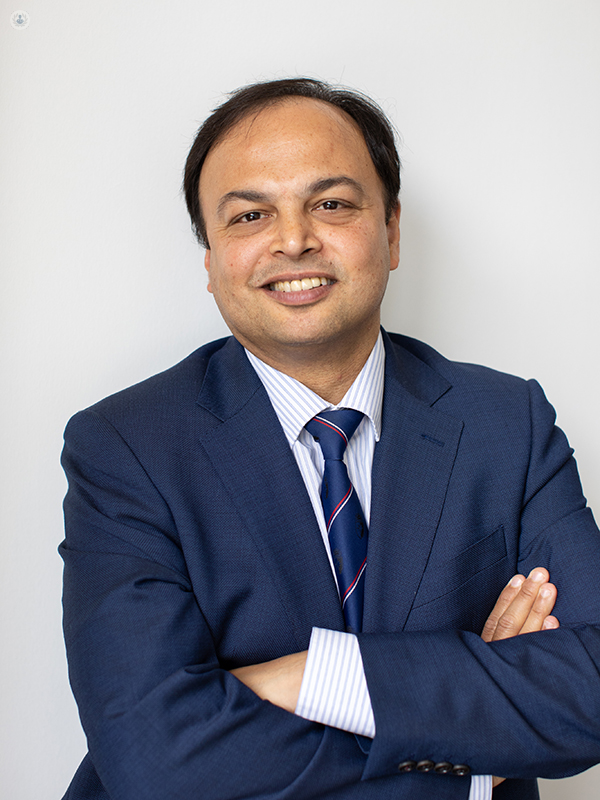 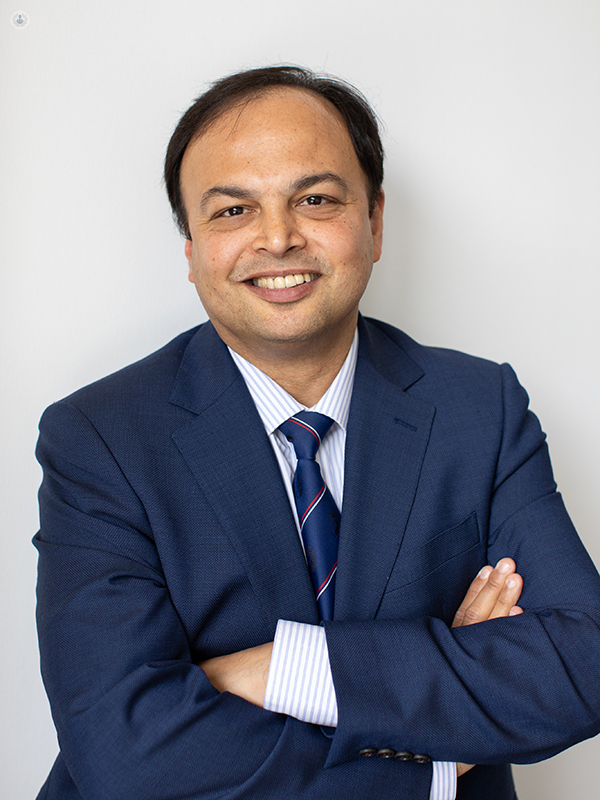 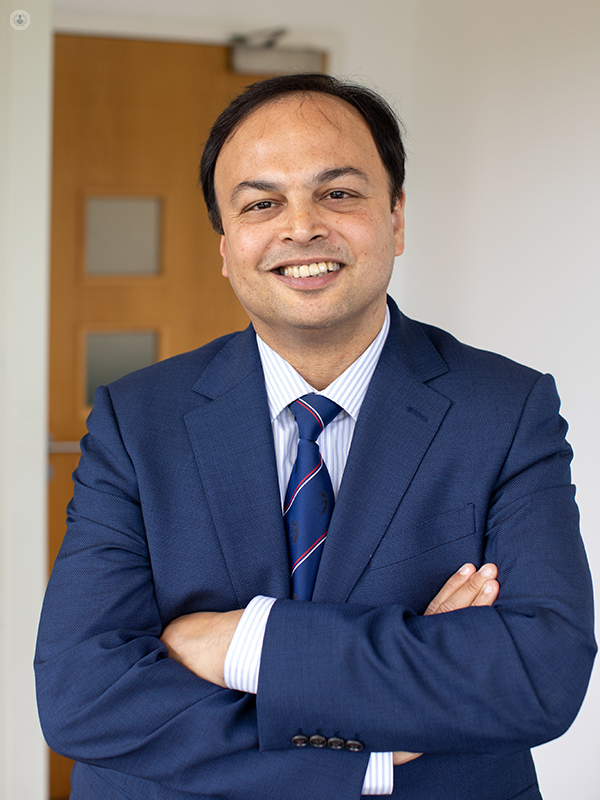 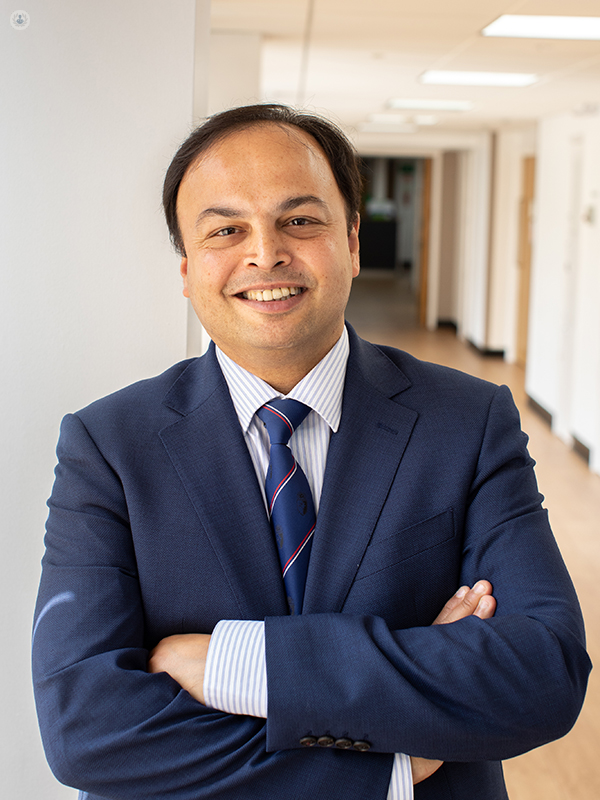 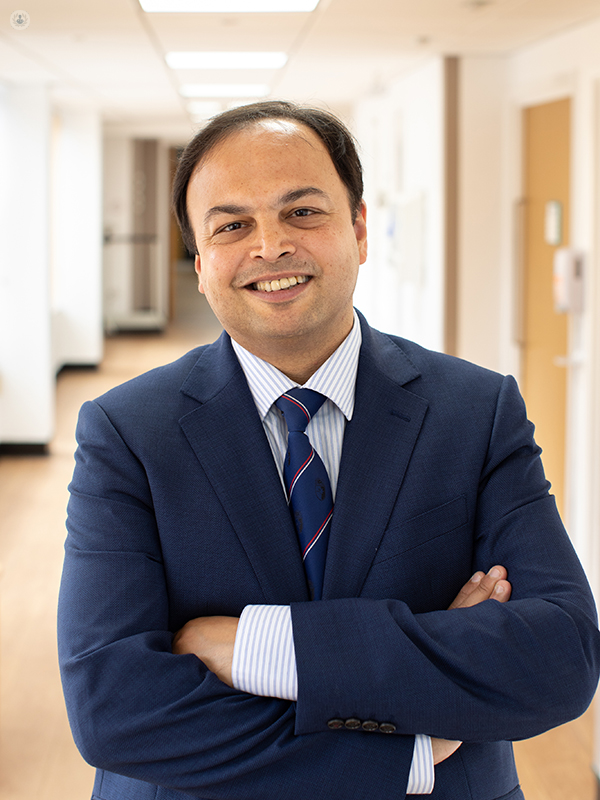 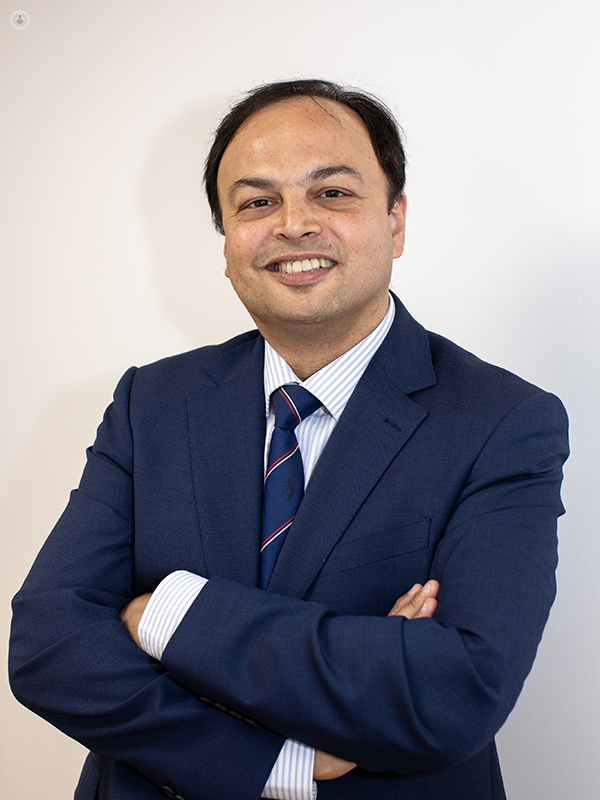 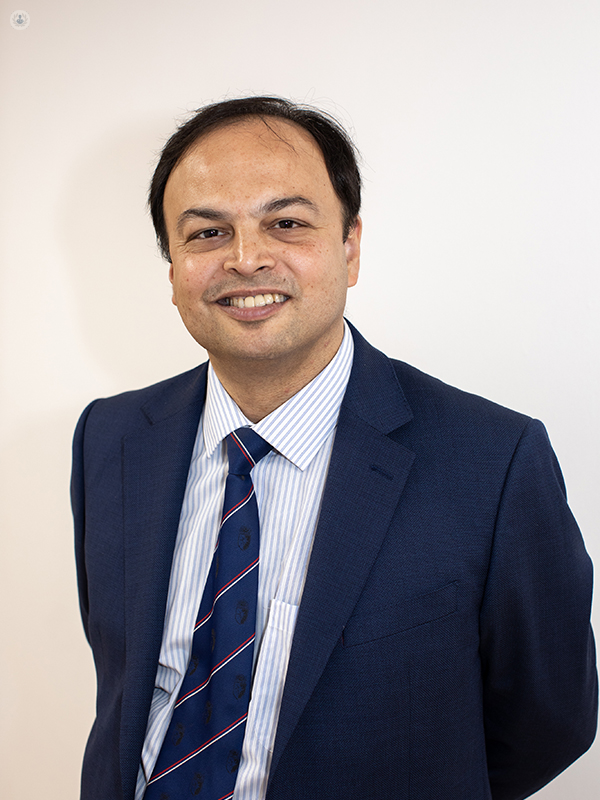 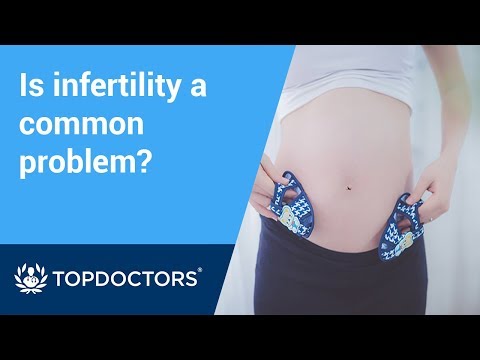 Is infertility a common problem? 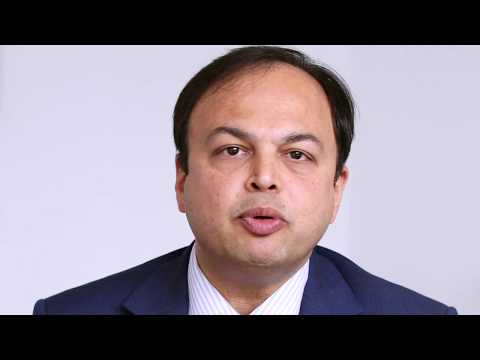 What are the most common menstrual disorders? 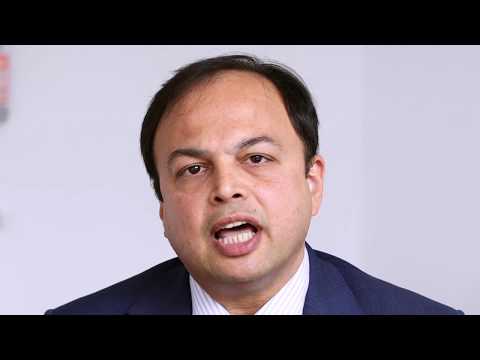 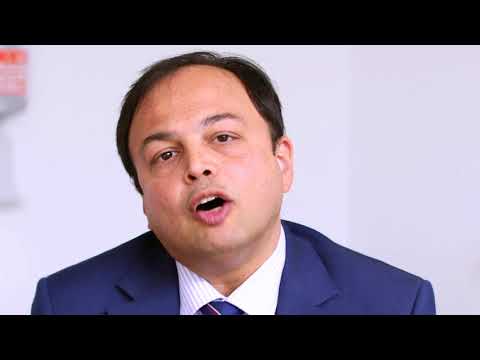 What are the stages of the menstrual cycle? 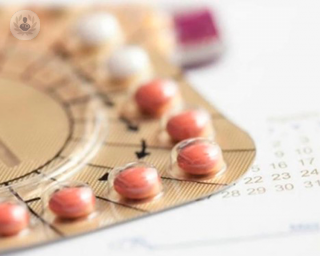 HRT: what are the benefits and risks?

The choice of whether or not to take hormone replacement therapy (HRT) is different for each person. To help you make the most of your consultation with your doctor, we’ve asked experienced gynaecologist and fertility consultant Mr Parijat Bhattacharjee for an overview of the benefits and risks of HRT.
Read more 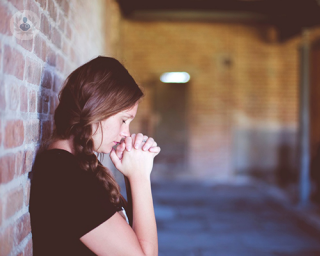 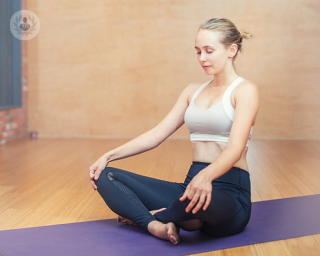 Many women have heard of an ovarian cyst and may assume that it's a sign of cancer but in most cases, a cyst is benign although sometimes they can burst and cause tummy pain. Most of the time they resolve naturally but some may need medical attention. Expert gynaecologist Mr Parijat Bhattacharjee discusses ovarian cyst ruptures and ovarian cancer...
Read more 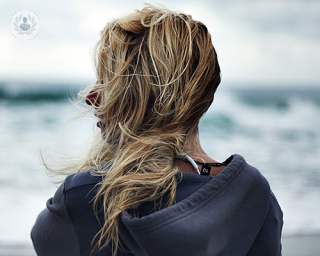 Why are my periods irregular?

Irregular menstrual bleeding can be debilitating for some women in their hectic lifestyles, yet the good news is that treatment options are available following a thorough gynaecological examination. Expert gynaecologist Mr Parijat Bhattacharjee explains all.
Read more

Any cookies that may not be particularly necessary for the website to function and is used specifically to collect user personal data via analytics, ads, other embedded contents are termed as non-necessary cookies. It is mandatory to procure user consent prior to running these cookies on your website.